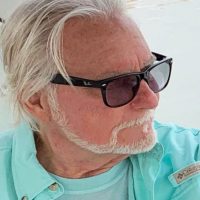 I’ve been in construction since 1976 – 45  years. However, I was schooled as a journalist and photographer (actually my first career that lasted 14 years). Yes, I have been actively employed for 59 years. I will turn 75 this year.

From the day I became a contractor, to this very moment, my life has been a blast – a daily learning experience filled with challenges.

My brother James and I own a small remodeling company that we manage as if it were a major corporation. We dot every “i” and cross every “t”. We feel that our success is attributable to honesty, integrity and an intimate knowledge of the trades. Additionally, we are both astute businessmen. Also, most of our competition has died.

Our other business is a media franchise, which we established 35 years ago in 1986. Our franchise includes: a nationally syndicated home improvement talk radio show, which began in 1986 – 35 years ago. We have co-authored 12 books and booklets (including several “For Dummies” titles. From 1979 to 1997 – 18 years – we authored a weekly nationally syndicated newspaper column for the Associated Press that was carried by 750 newspapers. We began appearing on television in the San Francisco Bay Area in 1987 and continued for 8 years until we were hired to do national television on the Family Channel for 3 years. This was followed by a year on the CBS Network in New York. Finally we were hired by the Hallmark Network where we spent our last two years on television.

We did all of these activities together over the past four-plus decades. We never make a major business decision without fully agreeing with each other. As a result, are decisions bring positive results most of the time.

We have surrounded ourselves with bright, talented, dedicatied  individuals all of whom are great family people.

Brought to you by 526 Events